Decaf or regular? We’re all heard this familiar phrase, be it at Starbucks, a diner, or our favorite corner coffee shop. In my copious research into the world of coffee, I’ve tried almost every form of out there: espresso, moka pot, pour-over, keurig, etc. Often I’ll choose to order decaf if I’m drinking after 5pm or spiking my coffee, and we all have our different preferences. But one of the most common questions I’m asked about buying beans is: does decaf taste different from regular?

The short answer is that generally yes, decaf coffee tastes different from regular coffee. Some people call it a more sour note, but considering my day job in the chocolate industry, I’d describe it as an overall flatter flavor. I’ve found that decaf coffees tend to have fewer of the flavor nuances and complexity that you find so easily in regular coffees.

But with so many coffee roasteries popping up around the world, all of them looking for the next great origin or method, we all stand to benefit. Competition plus high demand for coffee has just made it easier for consumers like us to enjoy better coffee, year after year. There are now hundreds of decaf coffees on the market that didn’t exist ten years ago, and they’re from all different origins, in every roast imaginable, and have even been decaffeinated in different ways.

This matters because different ways of decaffeinating coffee result in different flavor changes as well as different levels of caffeine. That’s right! How caffeine is removed from coffee beans matters. Decaf coffee is not and cannot be 100% caffeine-free, and I’ll explain why below.

While decaf coffee still contains some caffeine, it’s a relatively small amount. Even the most stringent methods of decaffeination only remove about 97% of the beans’ caffeine content, while all methods remove at least 90% of the caffeine. However, the final caffeine level depends upon the amount originally in the beans as well as how darkly they were roasted.

The darker the coffee roast, the less caffeine there will be. But a darker roast will also remove some of the flavor nuances inherent in the beans, including some of the acidity. If caffeine content is your main concern, then opt for darker roasts and carefully choose how you brew your beans. This is because the method of preparation for your coffee matters hugely, whether or not your coffee contains regular levels of caffeine.

In part this is because the way in which you brew your coffee also affects how much caffeine ends up in your cup, but it’s also because brew method can also affect acidity level, making a decaf coffee taste more or less sour. I’ve tried various versions of my decaf brew of choice, and strangely, I’ve found that using a dark roast in my home espresso machine gives me the best-tasting decaf coffee. Below I explain why faster brewing tends to result in lower caffeine levels in your coffee.

How Do They Decaffeinate Coffee?

Since its invention around 1903, decaf coffee has continued to gain popularity as the brew has become even more affordable for the general population. The original process of decaffeination involved potentially toxic chemicals, but modern techniques are harmless, though some certainly affect the flavor more than others. All three of them follow the same general steps, however; the beans are moistened to make the caffeine in them soluble, and then heated to draw it out.

The three types of extraction are water processing, direct solvent, and carbon dioxide decaffeination. While there are a couple of lesser-used methods of extraction, those three are by far the most wide-spread and scalable processes.

When coffee says it was decaffeinated using the Swiss Water Process, this is what they’re referring to. It’s a method of caffeine extraction that uses only the process of osmosis to remove the vast majority of the caffeine present in beans. The method was first developed in Switzerland in the 1930’s, and takes advantage of the natural inclination of caffeine to move from an area of high concentration to areas of low concentration. Overall the process takes about 8 hours, and it makes use of several drums containing a completely caffeine-free coffee solution. Water processing removes roughly 94-96% of the caffeine.

This method is much more closely related to the original caffeine extraction techniques from the early 1900’s. As with water processing, this method involves repeated exposure of the beans to the chosen solvent in order to extract the caffeine. The two most common caffeine-specific solvents— that is, chemicals used to dissolve other substances— are methylene chloride and ethyl acetate. In this process, the moistened beans are exposed to the solvent, removing some of the caffeine, and then the solvent is recaptured through evaporation. This is done repeatedly, until roughly 96-97% of the caffeine has been extracted.

Consumers generally agree that decaf coffee tastes different from regular when comparing the two versions of the same coffee beans. But if your goal is to get the lowest possible caffeine content, it’s important that you start with beans treated through supercritical carbon dioxide decaffeination. That’s because this process typically removes 96-98% of the caffeine present in beans, consistently more than any other approach. This is achieved through a process similar to that of the solvent method described above, except it specifically uses C02, and extraction is done in high-pressure vessels (over 250 times atmospheric pressure).

What Is a Long Black? 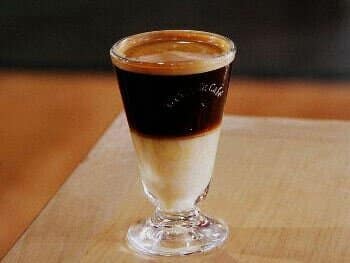 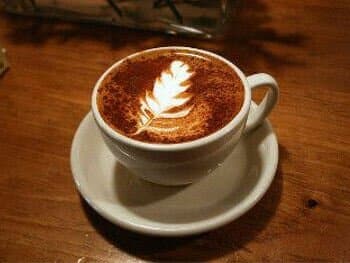